With this being the first Ante Up article on Chicago poker, here’s a look at what happened over the past few months to get everyone up to speed.
• In October the Horseshoe Casino in Hammond, Ind., hosted its third WSOP Circuit event. Chicago, along with the rest of the nation, has experienced tough economic times. Yet the WSOPC at the Horseshoe just keeps getting bigger and better. The $350 buy-in opener was the biggest in WSOPC history, drawing 1,611 players. The prize pool was $462,368 with first place paying $77,438. Brett Schwertley, a 27-year-old semipro poker player from Omaha, won the event.
The WSOPC main event drew a record 872 players (an increase of 248 players from the previous year) with a prize pool of $1,245,680. One reason for the increased attendance was the buy-in, which was reduced to $1,600 from $5,200 the year before. Kurt Jewell from Frankfort, Ky., took home $242,909 for his victory. One of the local favorites, Jimmy Kasputis Jr., was chipleader after Day 1, but finished 27th. Nadya Magnus, who became popular on PokerStars’ The Big Game, finished 12th.
The Horseshoe also hosted the first WSOPC regional championship, which marked the return the $10,000 buy-in not seen since 2007 on the WSOPC. The regional drew many of the top players in the country, including Barry Greenstein, Chad Brown, Vanessa Selbst, Brandon Adams, Bernard Lee, Faraz Jaka, Kathy Liebert, Steve Zolotow, Nenad Medic, Allen Kessler, Jason Mercier and Blair Hinkle. This 226-player field was considered one of the toughest seen on the circuit. Adams, Bernard Lee and Kurt Kohlberg made the televised final table, but it was Jim Anderson, who only started playing seriously around a year ago, who took home $525,449 for winning this inaugural event. The televised final table will be aired in June on the Versus network.
• In November the Windy City Poker Championship brought its cameras to the Golden Bear Restaurant in Alsip, Ill., for three days of filming charity tournaments. Shady Oaks Camp along with the Pediatric Oncology Treasure Chest Foundation had a special treat with 2007 WSOP Main Event champ Jerry Yang flying in from California. Others attending included movie critic Richard Roeper, Mark “Poker Ho” Kroon, WPT Boot Camp instructor Nick Brancato, WPT Player of the Year Faraz Jaka and St. Louis poker pro (and Ante Up Ambassador) Scotty Clark. 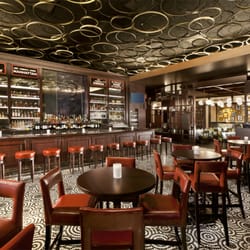 The first televised heads-up tournament in Illinois history had Jason “The Pimp” Pace facing poker pro Josh Shmerl at the final table. Josh won the WSOPC opener at the Horseshoe Hammond in 2009. After a back-and-forth battle Shmerl came out on top. The main event had two familiar faces returning to the final table with last year’s defending champ Leroy Carver along with “Chicago” Jerry Ulrich. Dee Korycki became the first woman to make a WCPC final table, which will be airing on Comcast Sports Net on Sunday nights.
• The Chicago Poker Classic at Horseshoe Hammond drew 1,216 players for the $240 buy-in opener in February. Jill Bryant from Aurora, Ill., became the first woman to win a CPC event, receiving $48,795.The $1,100 heads-up tournament, in its second year, has become a very popular event. James “sweet danger” Snyder came out on top of 238 players winning $69,618. Tom Koral won the main event and $226,708. He finished second to Steve Billirakis at the first WSOPC main event at Hammond in 2008.

• Harrah’s Joliet plans on opening its poker room on May 5, bringing to seven the number of poker rooms operating in the state. Rivers Casino in Des Plaines will be opening in July, though there are no plans for a poker room.
maxilife-salon – 2018